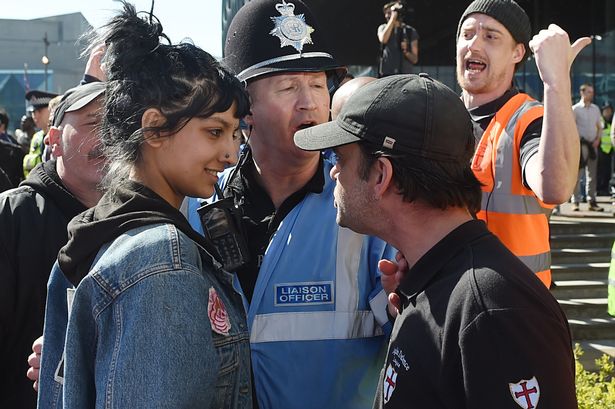 IN THE TIMES WE LIVE IN, STAYING DECENT IS A REVOLUTIONARY ACT AND HERE IS WHY…

A few days ago, I was in the luggage drop-off line waiting for my friend who was printing our boarding passes. The airline officer asked me where my pass was and when I told her my friend was just at the kiosk, she nodded and let me proceed ahead. This answer wasn’t good enough for the couple waiting behind me, so they decided to overtake me and get in the front. When the officer scolded them for doing so, the guy replied aggressively “She doesn’t even have her boarding pass yet. I am not gonna wait behind her!”

I calmly responded: “If you are in such a hurry to violate other people’s rights, by all means, go ahead, sir. I don’t mind losing 2 minutes of my time for you.”

A shade of embarrassment passed through his face for a moment. He was prepared for conflict but not this type of response. He murmured, repeating himself “you don’t even have a boarding pass yet.” I shrugged indifferently and pointed with my hand the gap between the person and me in front of me, letting him fill there with his giant posture. Boy, how he seemed confused.

This was an example of the madness happening everywhere in the world, on a microscopic scale.

The fear of refugees made Brits give the call for Brexit, the fear of minorities and immigrants made Trump the president and Recep Tayyip Erdogan directly built his power on polarizing the different segments of society, and before him, Turkey was ruled upon “the fear of becoming like Iran.”

The news is full of hate crimes all over the world. People don’t want anyone different than their way of life around their neighborhoods. Just yesterday I was watching how 500 Syrian refugees had to leave their only belongings in their tents and ran away because an angry mob showed up with axes, stones and stuck in their hands right after one of the refugees had a conflict with a resident. This has happened in my hometown Izmir, The secular fortress of Turkey. Watching people, wrecking tents, breaking the belongings of the refugees made me feel nauseous. They seemed like a lynch-mob right out of medieval ages, and the sad thing was, they were. The refugees weren’t welcomed there, and a small incident has become an excuse of dozens of men to release what they have been holding back for so long; hate…

The acts of decency keep going viral in social media because it is the last thing we are expecting from ourselves and others.

I have been traveling for a while now, and I come to learn that all of us is just the same regardless of the country we grew up in. We all laugh and cry the same. We all strive the same basic things in life, such as being happy and healthy. A genuine smile means the same in all languages, and it is the key to lift the barriers among us.

Sadly, many people who just spent their whole lives inside their small circles aren’t aware of this simple fact. That is why the acts of decency keep going viral in the social media because it is the last thing we are expecting from ourselves and others.

In this age of hate and fear, staying decent is a great way to resist the darkness. It is a statement made by just existing.

That is why, after Ian Grillot intervened the shooter in the Kansas City Bar; we watched his interview with the tears in our eyes. That is why, when Australians started the #Iwillridewithyou campaign, for defending Muslims in the public transport vehicles, it warmed our hearts. That is why, when Antoine Leiris, a Frenchman who lost his wife in the gruesome Paris shootings, wrote an open letter to the terrorists with the title “You will not have my hate”, millions of people were deeply moved. And that is absolutely why, we are now all sharing the photo of Saffiyah Khan, smiling with all her grace at the face of the racist EDL (English Defence League) leader.

In this age of hate and fear, staying decent is a great way to resist the darkness. It is a statement made by just existing. Saying “I refuse to be drifted away by this collective madness. I refuse to be afraid; I refuse to hate… I will insist on being kind to strangers, to people who are different than me… I insist on trying to find common ground.”
We all need to understand that times will change, politicians will keep coming and going, wars will come to an end, and maybe new ones will start… The world won’t be a better place for us. It has never been… We are quite skilled in ruining it. That is one of the best things we do, as human beings. Just look at history. What we can do is making things better one person at a time. Revolutions happen one person at a time…

Teach your children to be decent and kind; don’t feed them on hate and fear. Teach your friends or even the strangers that selfishness is not the only way to survive. Stay humane, do not lose to your anger, also when the conditions are forcing your hand.

So this is my call to anyone who is reading: Do not look for the light to take shelter. You are capable of casting a tremendous amount of light yourself. That is how you fight with darkness, by becoming the very light, you are seeking for.

May the force be with you all.